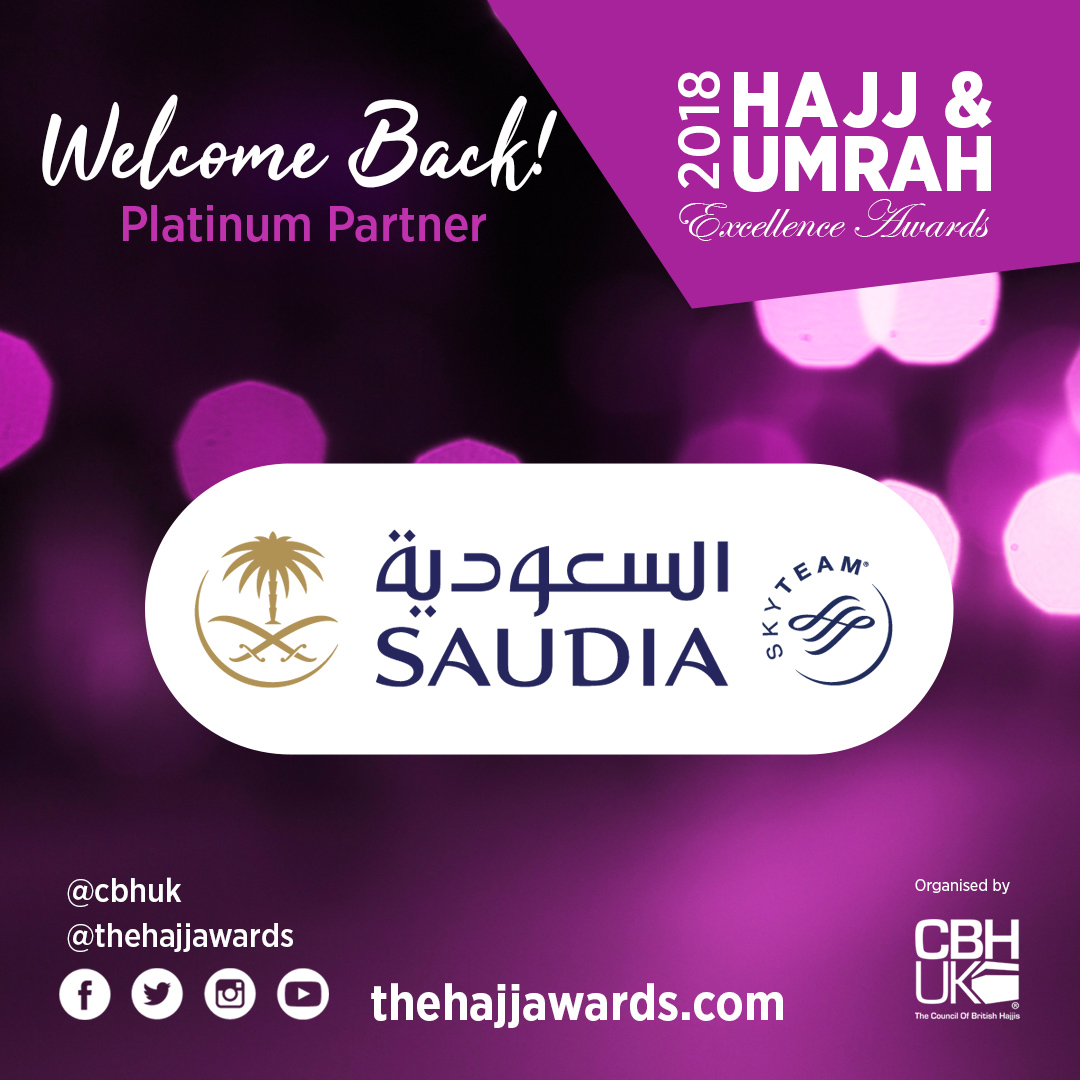 The Hajj Awards 2018 is please to welcome back Saudia (Saudi Arabian Airlines) as Paltinum Sponsors for this years Awards.

The Hajj Awards this year will be held at the Intercontinental Hotel, Park Lane, London on the 6th November.

The Hajj Awards 2018 (Organised by CBHUK) was launched in the UK Parliament at the All-Party Parliamentary Group on Hajj & Umrah and the CBHUK 4th Annual Hajj Debrief meeting on Tuesday 9th October 2018.

Mission Statement: ” To enhance the reputation of SAUDIA and improve its image within the Kingdom and abroad “

SAUDIA started out in 1945 with a single twin-engine DC-3 (Dakota) HZ-AAX given to King Abdul Aziz as a gift by the U.S. President Franklin D. Roosevelt. This was followed months later with the purchase of two more DC-3s, and these formed the nucleus of what in few years later was to become one of the world’s largest airlines.