Kristiane Backer has been active in the field of Arts, Culture and Music since she began her professional life as a radio journalist in Germany. Kristiane now works as a Fine Art consultant based in London. Her focus is on Modern and Impressionist paintings as well as Post War Art.. She takes a personal interest in Islamic and Eastern art and has curated a major Art exhibition by the Egyptian Calligraphy Artist, Ahmed Moustafa, in Sarajevo in 1998. Kristiane was the leading presenter on MTV – and NBC Europe for nine years and created her own youth show in Germany for which she won a number of TV awards.She regularly chairs conferences, hosts corporate and cultural events and speaks on Islamic or interfaith matters. In 2012 Kristiane published her best- selling memoir ‘From MTV to Mecca’ in the UK. The original book was published in German. Dutch, Arabic, Indonesian, Malaysian and Urdu editions are available as well.

This year Kristiane conducted the Opening Ceremony of the Global Donor’s Forum 2018 in London with HRH Sheikha Aisha Al Thani and she presented the Award Ceremony at Mansion House in the presence of Alderman Alison Gowman and the First Lady of Turkey, HE Ermine Erdogan.  She spoke at the IOD Lord Mayor’s ‘Business of Trust’ event at Mansion House
on the Islamic perspective of ethics in business.

After performing the Hajj in Saudi Arabia, Kristiane Backer was the only female keynote speaker during the Hajj Closing Ceremony in Jeddah which was broadcast live on TV around the Muslim world and she was selected to address the Emir of Mecca during a Hajj press conference. A video of Kristiane produced in Mecca at the Holy Mosque, the Haram Sharif, went viral and
received over 13m clicks.

For more information please see her websites www.kristianebacker.com and www.barakaconsultants.com 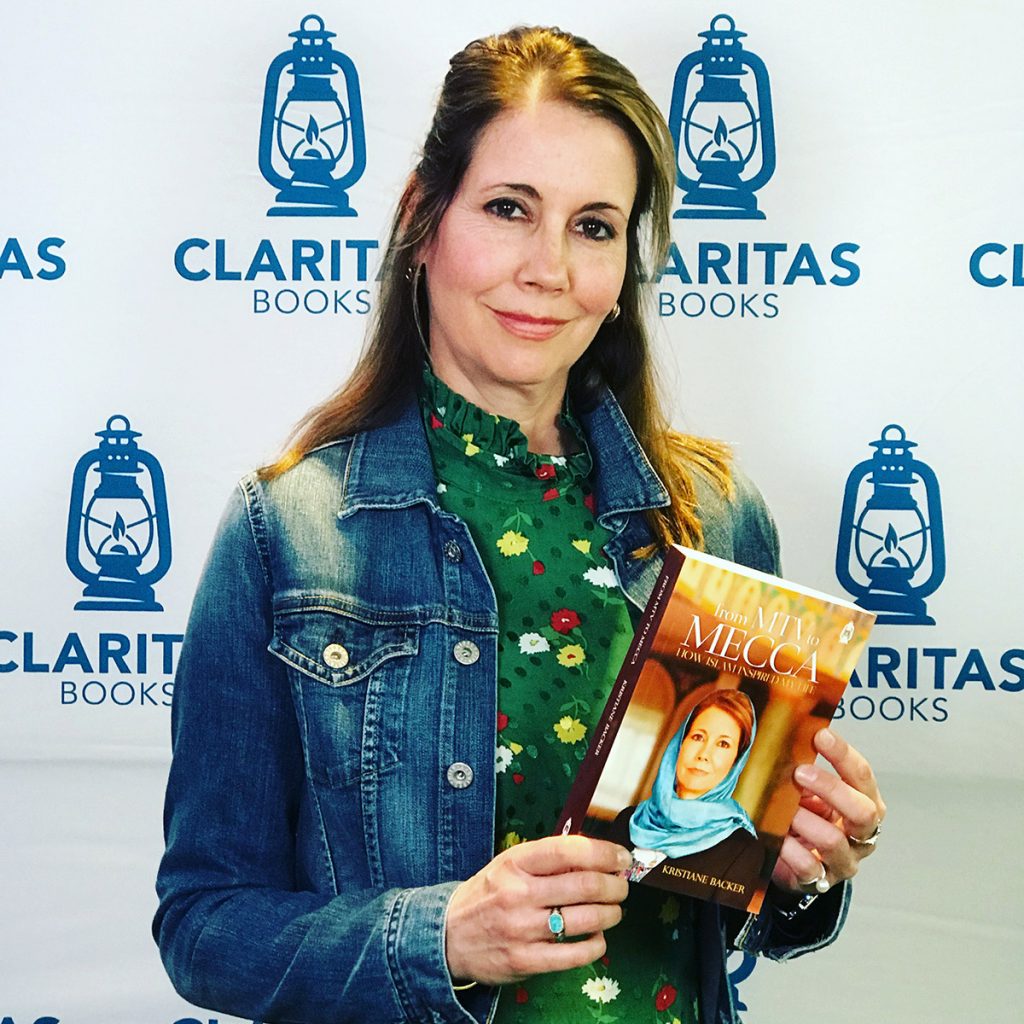