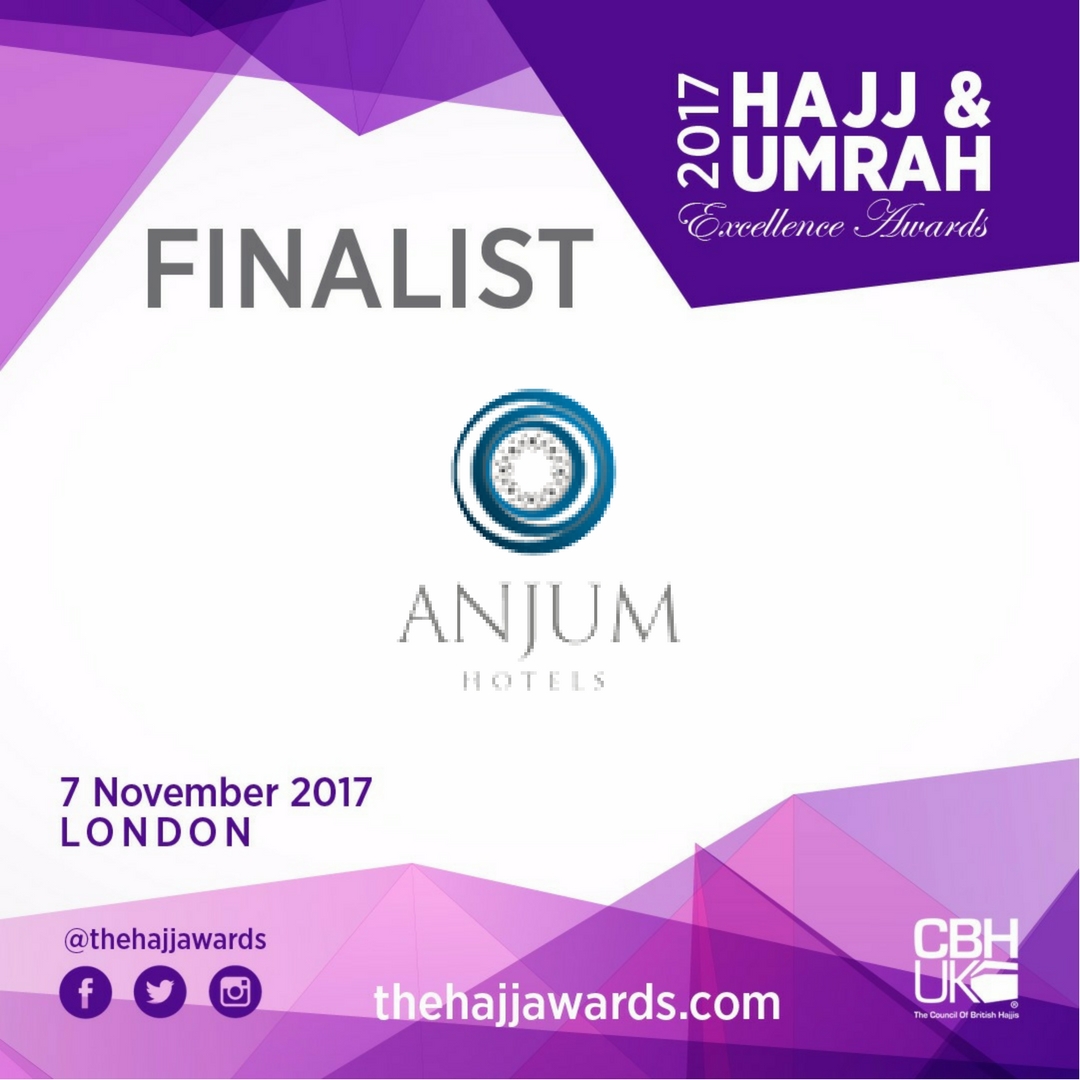 Anjum Hotel Makkah, the biggest hotel in the Middle East, a Platinum Sponsor at
the 2017 Annual UK Hajj & Umrah Excellence Awards is deligeted to be
shortlisted for this prestigioius award. The Awards cermenony wll take place at
The Montcalm London Marble Arch – UK.

The event is organized by the Council of British Hajjis (CBHUK), a charity that
works for the welfare of British Pilgrims.

Opened in 2014 Anjum Hotel Makkah has 1,743 guest rooms and suites, making it the
largest hotel in the Middle East. With its breathtaking view the Hotel is in walking
distance to the sacred places of worship, with a unique air conditioned tunnel to the
Haram District. The Anjum Hotel Makkah where spirituality meets hospitality, has 3500
seating capacity restaurants and cafes rested in 2900 sqm area, 26 elevators and many
other standards services making its guests’ stay a unique experience.

With over 25,000 British citizens performed Hajj this year, on top of another 100,000 UK
Muslims whom performed Umrah this year. Anjum Hotel Makkah team have enjoyed
providing unique 5 star services in accommodating many of UK guests and had worked
beyond measures to make their stay impeccable and unforgettable.

The event is already a sell out and will see Hajj & Umrah companies converge in
London to celebrate the success of the pilgrimage season of 1438.